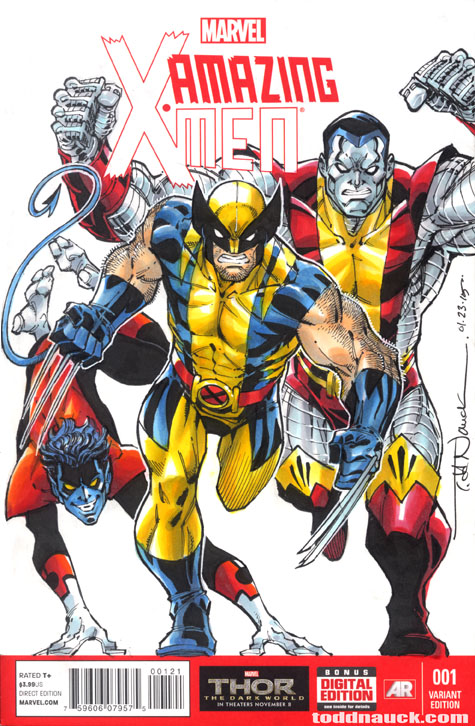 I had asked for Kirby character suggestions on Facebook and Twitter. Mister Miracle was the most requested character… As well as being a personal favorite of mine!
This piece as well as others from amazing comic pros will be up for auction later on to benefit Hero Initiative.
Stay tuned for updates! 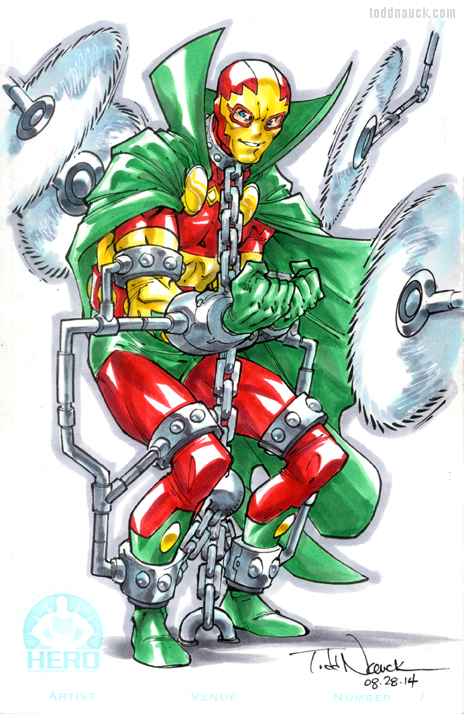 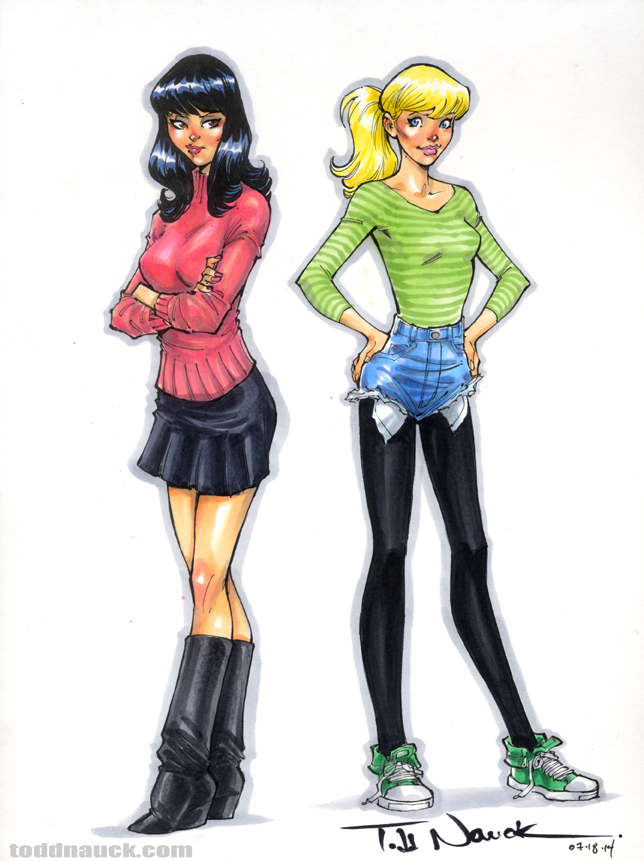 I was saddened to hear of Robin Williams’ passing.
A few years ago, a local independent SoCal TV station aired reruns of “Mork and Mindy” (which I hadn’t seen since I was a kid). I didn’t realize how much my sense of humor had been influenced by Robin Williams’ “Mork” character. 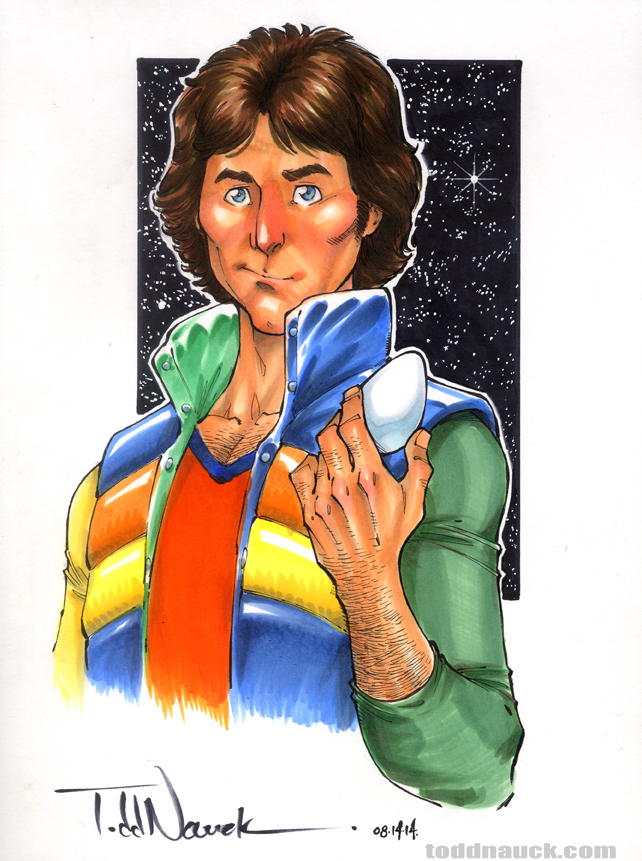 Here are my current convention commission sketch prices/options and how it works for me during the weekend.
I will most likely be taking a sketch list instead of drawing each commission as each person waits in line. So hit my table early to make sure you get on the list, it fills up fast! I plan to do a new list for each day.

I’ll also have my Volume 1 Sketchbook, art prints and some original art/commissions for sale.
I hope this info helps. There is a possibility info could change between now and the convention, so stay tuned to my social networks or subscribe to my the RSS feed for possible updates. 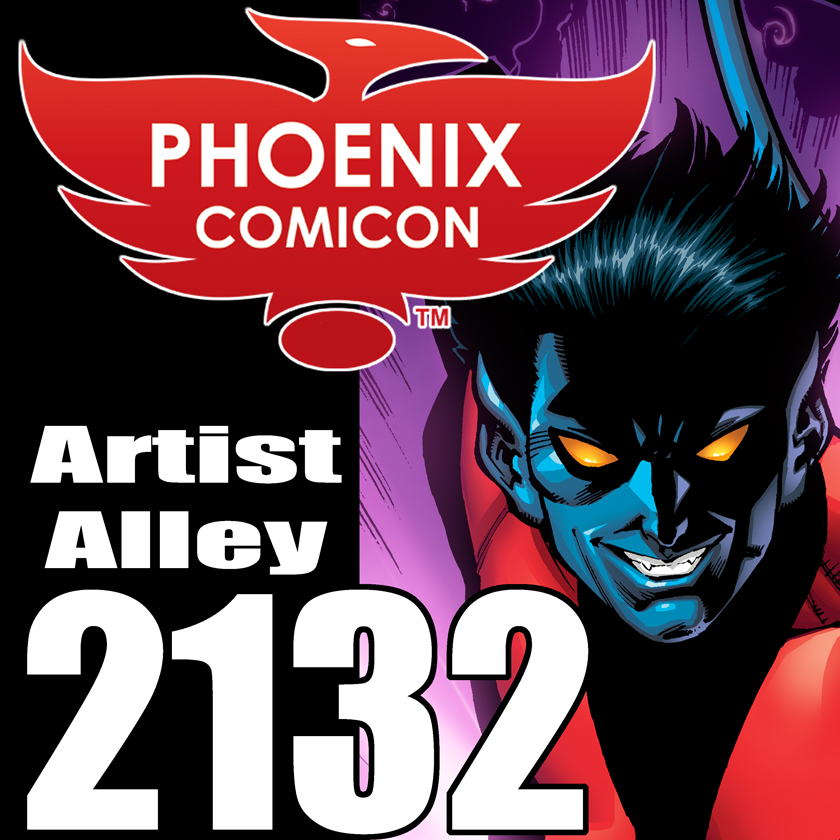 My Usagi Yojimbo piece is now up for auction to benefit Usagi Yojimbo creator, Stan and his wife Sharon Sakai: http://www.ebay.com/itm/STAN-SAKAI-AUCTION-Original-TODD-NAUCK-Art-USAGI-YOJIMBO-Pen-Ink-Marker-KILLER-/141229331238?pt=LH_DefaultDomain_0&hash=item20e1ec9326
From the CAPS auction page:
“ABOUT THE AUCTION: This is an auction conceived and organized by CAPS (Comic Art Professional Society) to help aid USAGI YOJIMBO creator Stan Sakai and his wonderful wife Sharon with increasing medical bills due to Sharon’s present debilitating illness. We have items by many of the industry’s top artists, companies, and fans alike. With over 400 pieces to be auctioned here, we will be listing 30-40 pieces of original art, signed prints and books, and limited edition statues every week. Each auction will run 10 days, and will start on every Thursday for a minimum of 10 weeks. Be sure to bookmark this page, and let’s raise some money for a great guy and his family!” 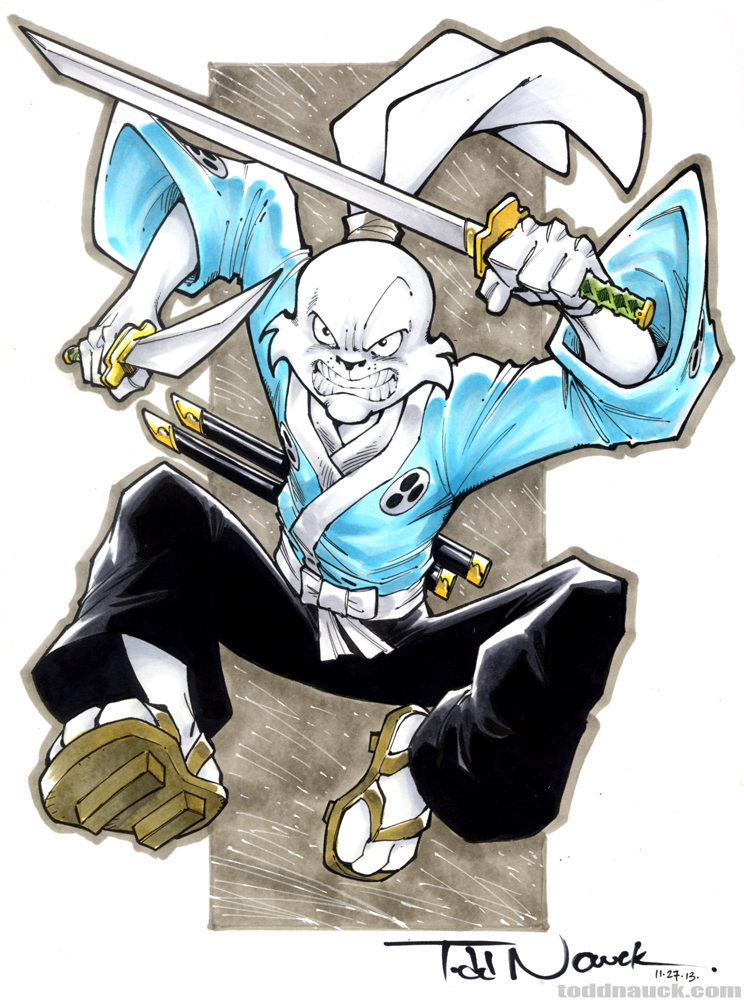 In honor of the Return of the Mystery Science Theater 3000 Turkey Day Marathon:
It’s… Turkey Volume Guessing Man! From episode 814, Riding with Death. 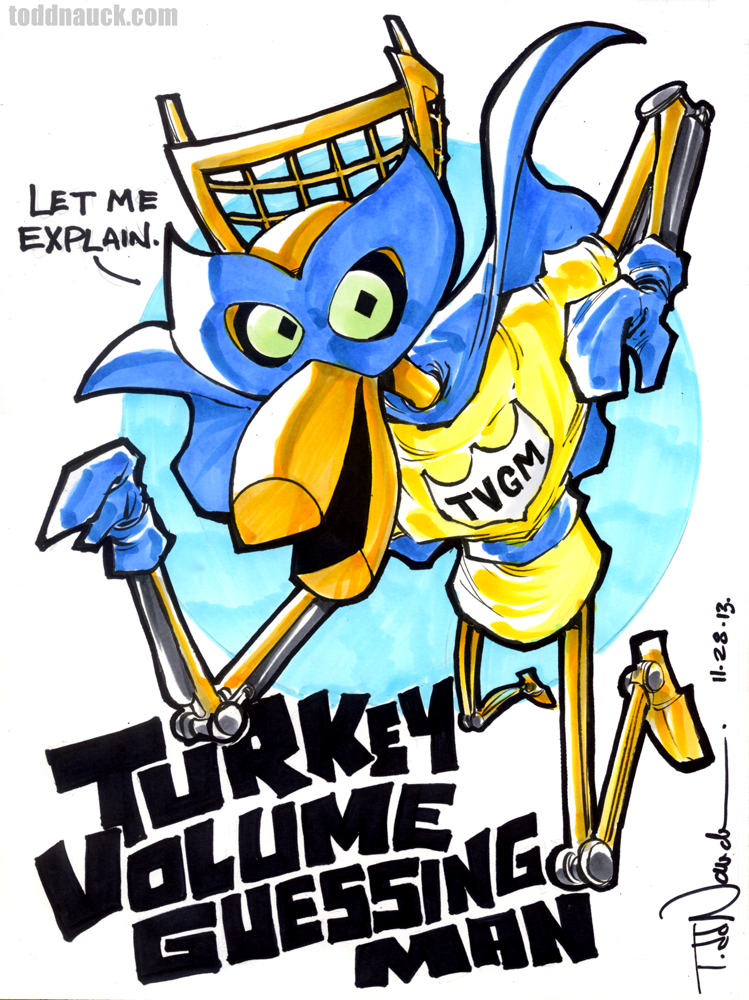 RULES and REGULATIONS!!!
When retweeting one of my sketches during one of my convention sketch retweet contests…
JUST click the RETWEET “square arrow” button!
I’ve found some people use the older method of quote retweets or RT retweets. It is becoming increasingly difficult to find each of those individual retweets.
So from here on out, any other or older method, like quote retweets or RT retweets, will NOT be included in the running for the sketch prize.
ONLY “retweet button” clicks are eligible for the sketch prize.

The contest runs from the first day of the convention weekend to the day after the convention. Any rewteets of any sketches after the winner has been announced are not valid for the sketch prize.

I’ve been doing my Sketch Retweet Contest on my Twitter feed during my convention appearances for just over a year and a half. It’s my way of bringing a bit of that convention to you. The response to these “contests” has been great! And growing! Each batch of convention sketches gets more and more retweets. Some of you discovered my work through one of my contests.
I appreciate the support from new and long-time fans alike. Thank you for faithfully retweeting my sketches to your Twitter followers during each of my conventions. I hope y’all are having as much fun as I do during the convention weekend.

I thank you all again for your continued support and enjoyment of my work!
I’m at Long Beach Comic Con this weekend so a new Sketch Retweet Contest starts on Saturday!
Remember! You DO NOT have to attend the convention to retweet sketches for a chance at the sketch prize. It is open to anyone, anywhere, with a Twitter account!
So keep on retweeting those sketches! (with the retweet button, please!)
Todd 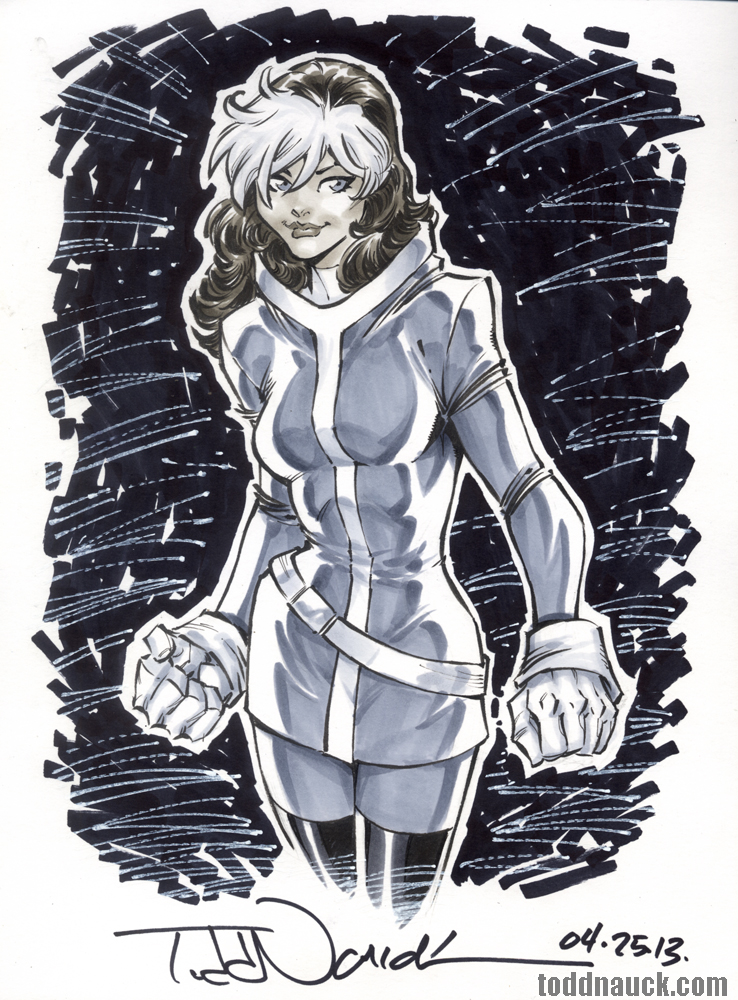 I’m going to be at New York Comic Con Oct 10-13. You can find me with my good pal and superstar writer/inker, Andy Lanning, at Artist Alley table A-2.

Here are my current convention commission sketch prices/options and how it works for me during the weekend.
I will most likely be taking a sketch list instead of drawing each commission as each person waits in line. So hit my table early to make sure you get on the list! I hope to do a new list for each day.

I’ll also have my Volume 1 Sketchbook, 4 art prints and some original art/commissions for sale.
I hope this info helps. There is a possibility info could change between now and the convention, so stay tuned to my social networks or subscribe to my the RSS feed at toddnauck.com for possible updates.
More convention appearance announcements to come!

And this 11″x17″ Kitty Pryde piece will be auctioned off during the con to help raise money for the St Jude’s Children’s Hospital Charity Auction! The Charity Auction is Saturday night at 8:00pm in room 1A17 and if you’re interested in attending and helping a really great cause! 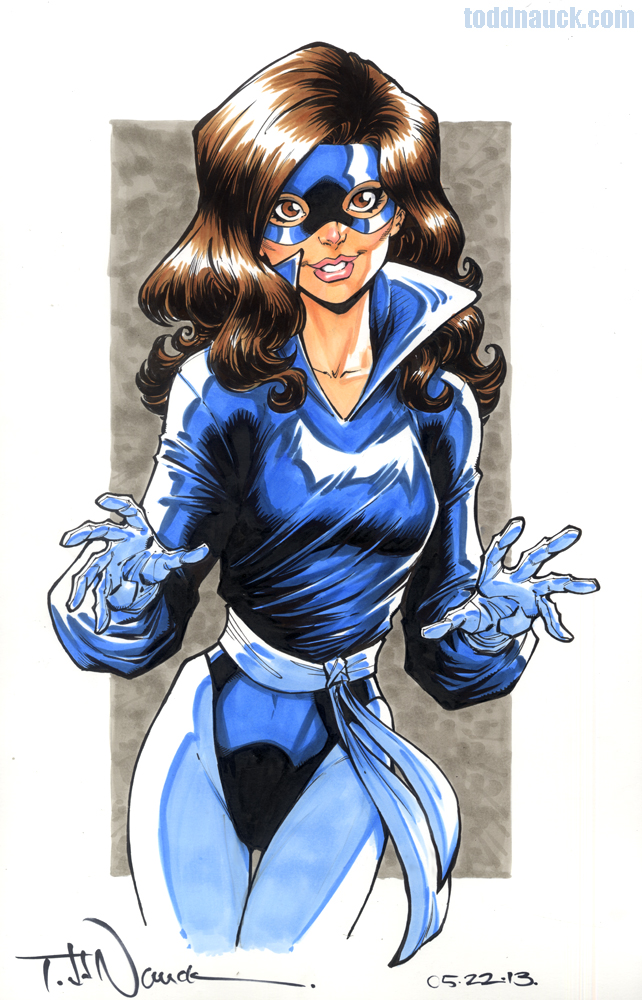