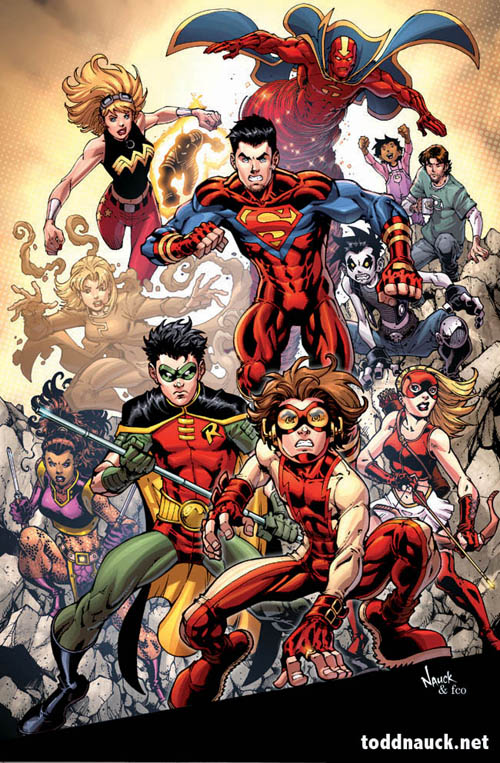 This is a Young Justice print I’ve created and have available at comic conventions.

At the New York Comic Con in 2009, I was getting a lot of commission requests for Impulse and Superboy with news that Bart and Kon were coming back into the DCU.

I figured it would be fun to draw the whole YJ gang since I hadn’t¬† done so since the series ended in 2003.
I love all these characters and drawing the YJ series is definitely a highlight of my career. And YJ fans have been loyal and consistently appreciative even with the book being gone for over 7 years. Thanks to all of you!

The black and white line art of this piece is featured in my 2010 Todd Nauck sketchbook Vol.1 on sale now. Just click the BUY NOW button at the top of the right side of this page!

4 thoughts on “Young Justice: The Kids Are Alright”