Here are my convention appearances for 2016! Please read carefully!

MORE CONVENTION DATES TO COME!
(Don’t see your local convention listed? Let your convention organizers know you want to see me at their con as a guest!)
NOTE: Though I attend many SoCal conventions, I will NOT be exhibiting at WonderCon LA this year.

AUTOGRAPHS:
I will sign most comics for free.
Due to the highly speculative nature of retailer variant cover comics, there will be a charge of $5 per comic for signatures on those comics.
Click HERE for the full list of my variant cover comics that require an autograph fee.

COMMISSIONED ART
Here are my current convention commission prices/options and how it works for me during the weekend. (These are not my studio commission prices!)
I will be taking a new commission list at the beginning of each day of the con.
The list has a limited number of spots (which vary in number at each con depending on size of con, demand, and my other convention responsibilities for that day) so hit my table early to make sure you get on the list. My list can fill up fast!

Some cons offer VIP or advanced ticket entry allowing certain attendees onto the con floor an hour before general admission. In these cases, I allow for limited spots for VIP/advance ticket holders and limited spots for general admission attendees each day. Be sure to research your convention’s entry guidelines and locations to make sure you’re in the right spot at the right time for expedient entry.

I hope this info helps. There is a possibility info could be updated or changed between now and the convention, so stay tuned to my social networks or subscribe to my the RSS feed for possible updates. 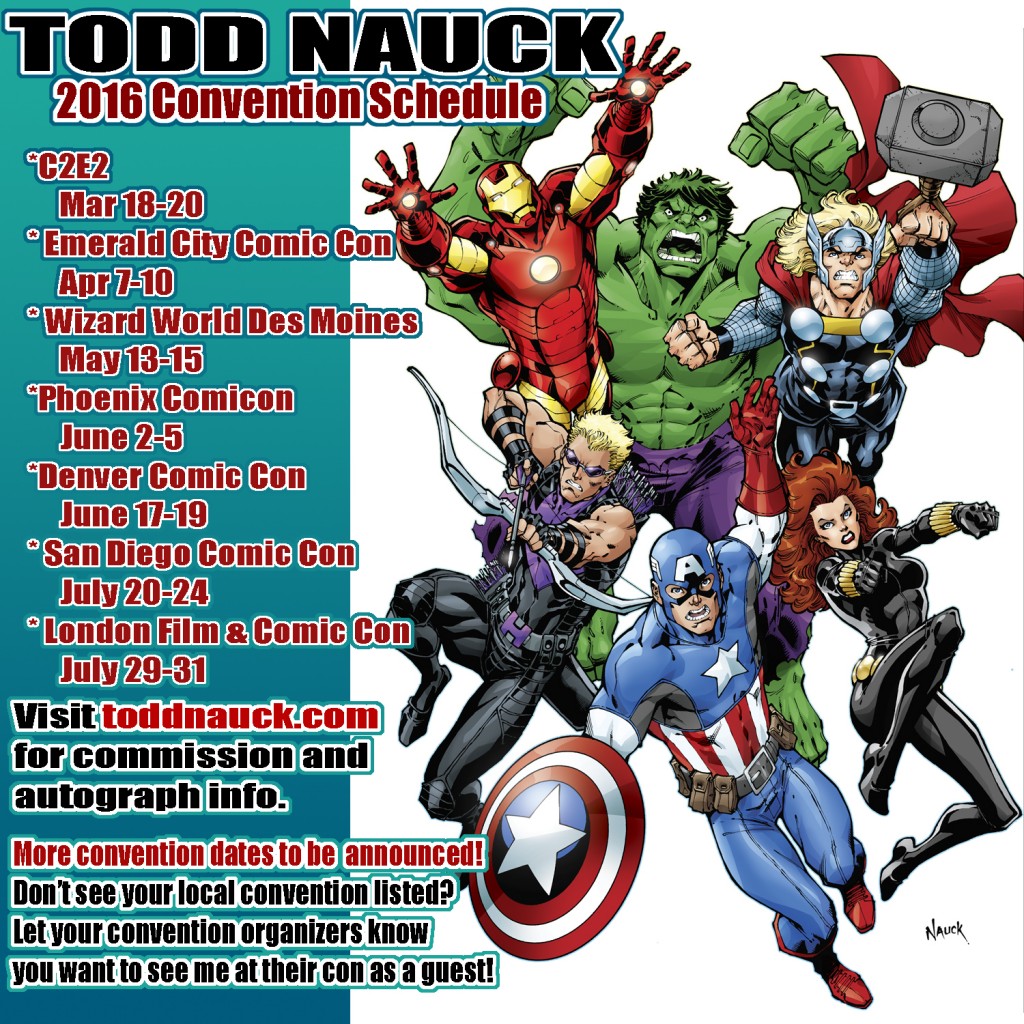