My new comic series The Amazing Spider-Man and Silk debuts today! Chapter 1 is now on the Marvel Comics app for $1.99! Click HERE to get Chapter 1!
The print version of the comic (issue 1 collects chapters 1-2) is on sale March 2. 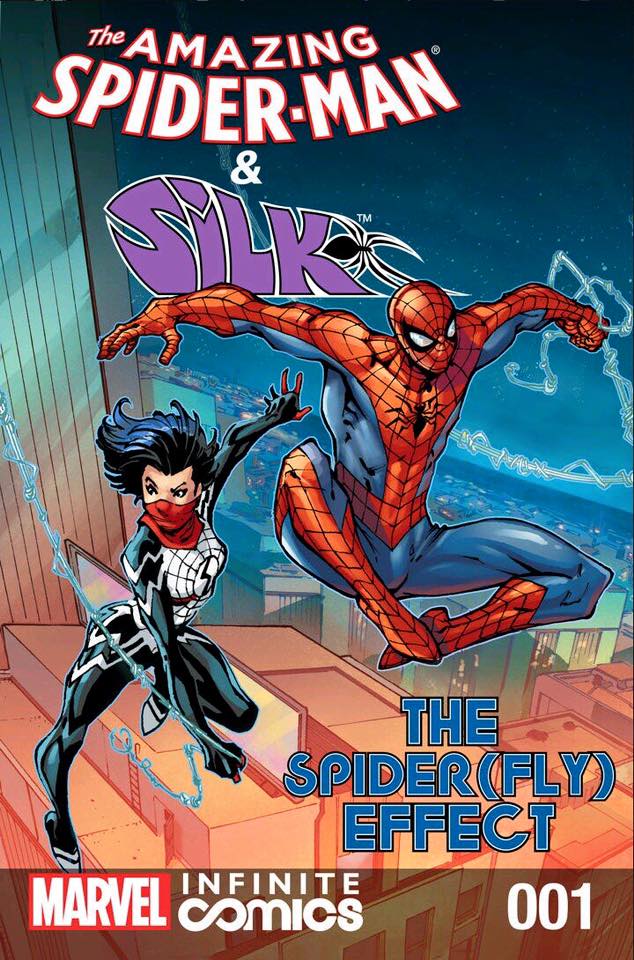 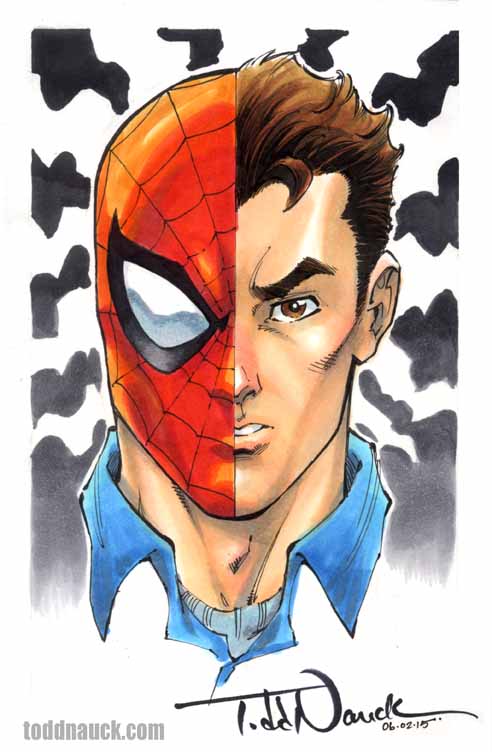 This one-of-a-kind original Amazing Spider-Man #1 sketch variant cover illustration is now up for sale on eBay through my friends at Alakazam Comics in Irvine, CA.
It is rendered in Pigma Micron pens and Copic Sketch markers.
Click this LINK to see the auction. 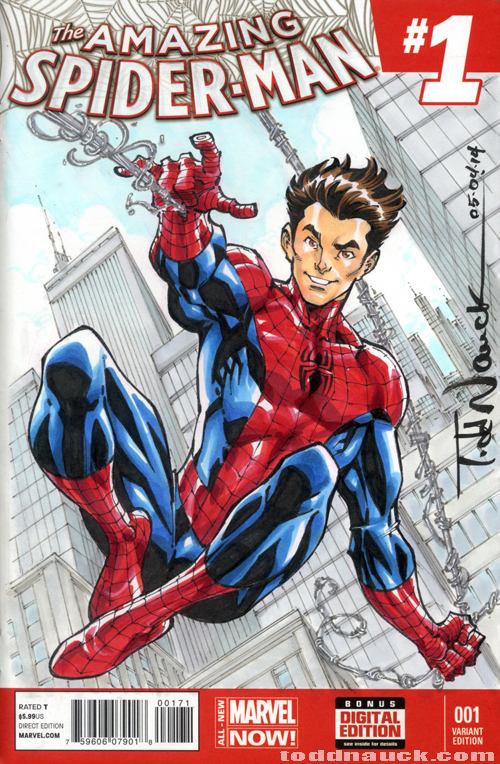 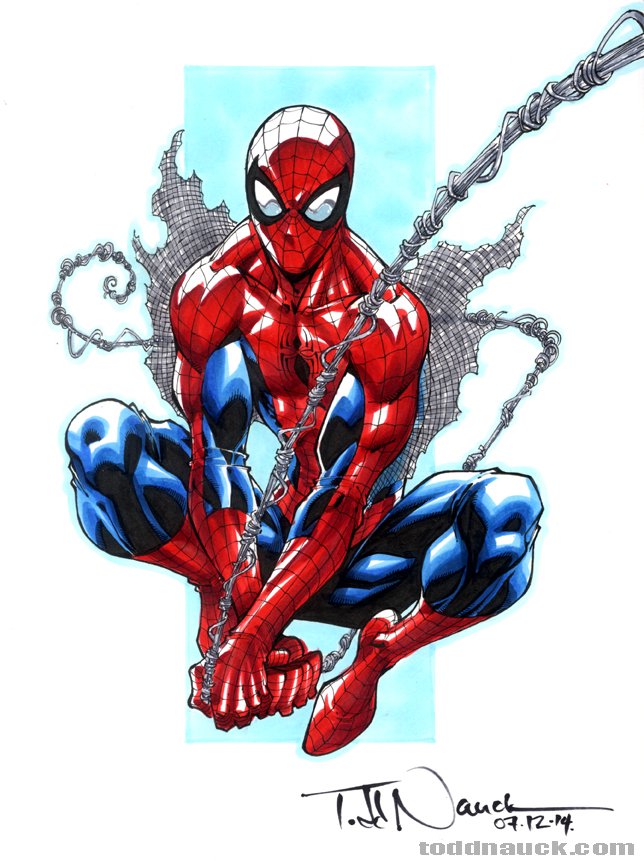 This Spider-Man piece is up for auction on eBay (ending on Wednesday) via STATION! Studios to help raise funds to bring relief for those in need in the Philippines. 100% of the proceeds will be split between the Red Cross and UNICEF.
Click HERE for the Spider-Man auction!
Be sure to check out the other great pieces of art by popular comic creators like, Adam Hughes, Humberto Ramos, Phil Noto, Bob Layton and more that have been donated to help the cause: HERE! 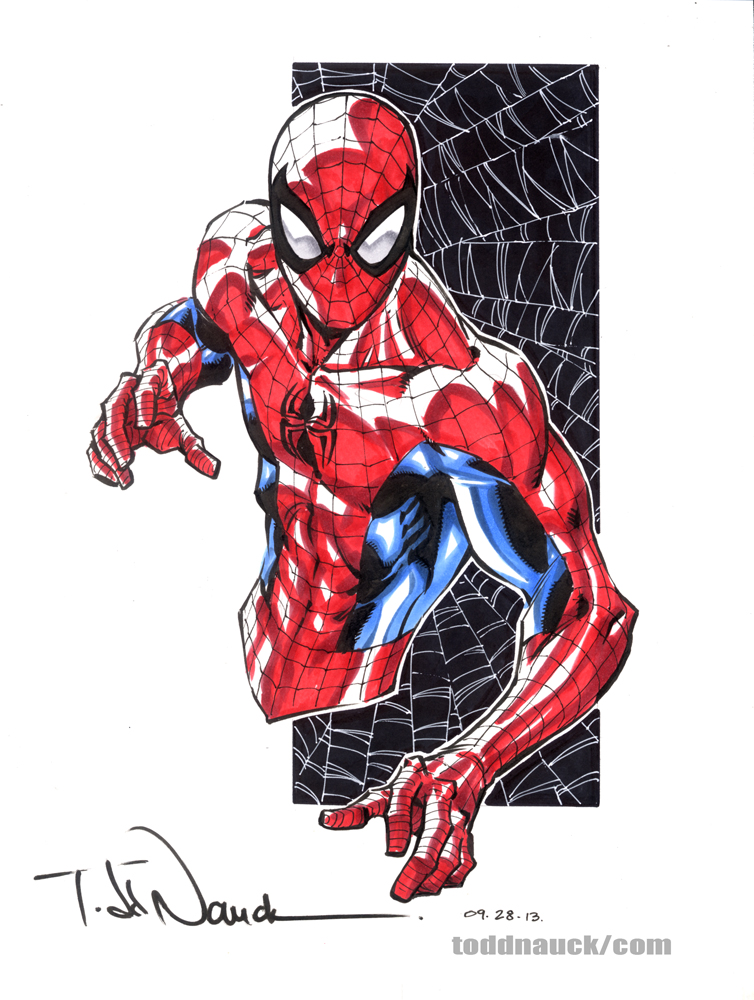 My new speed drawing video is now up on my YouTube Channel. Spider-Man Part 1/3, pencil art.

Sketch prize choice from winner of my Long Beach Comic Con 1Day con “Sketch Retweet Contest” on Twitter.
Next contest this weekend during Phoenix Comic Con. Anyone can follow me on Twitter and retweet my sketches for a chance to win their own grayscale head sketch. 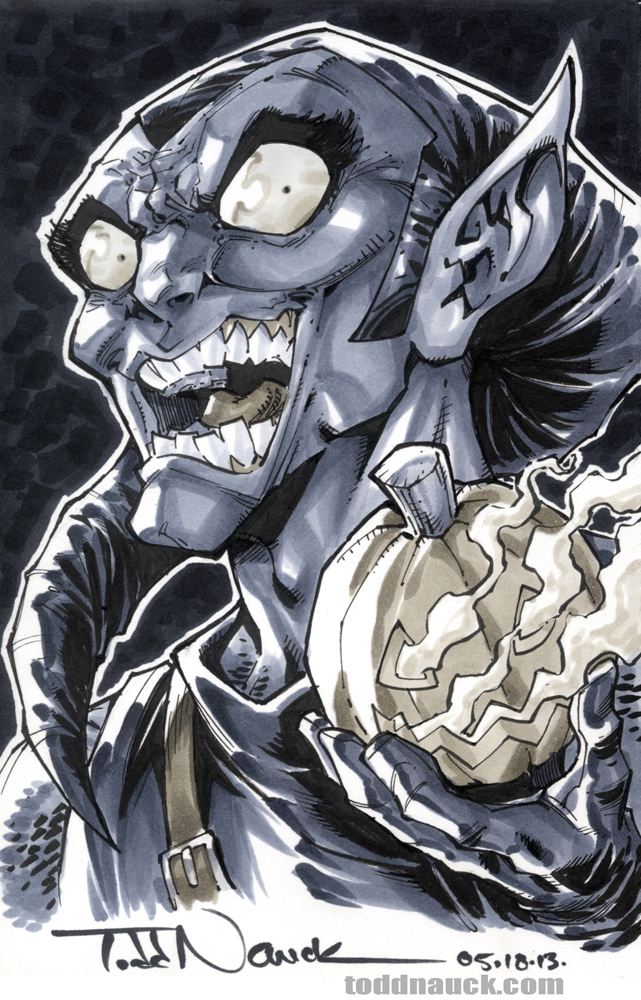 These 3 sketches (Spider-Man, Black Widow, and Iron Man) will be raffled off at my Invincible Universe #1 signing at at Phat Collectibles in Anaheim, CA this Sat., Apr. 27th, 4-6pm.

I’ll also have prints, sketchbooks and original art available during the signing.
See you at Phat Collectibles this Saturday! 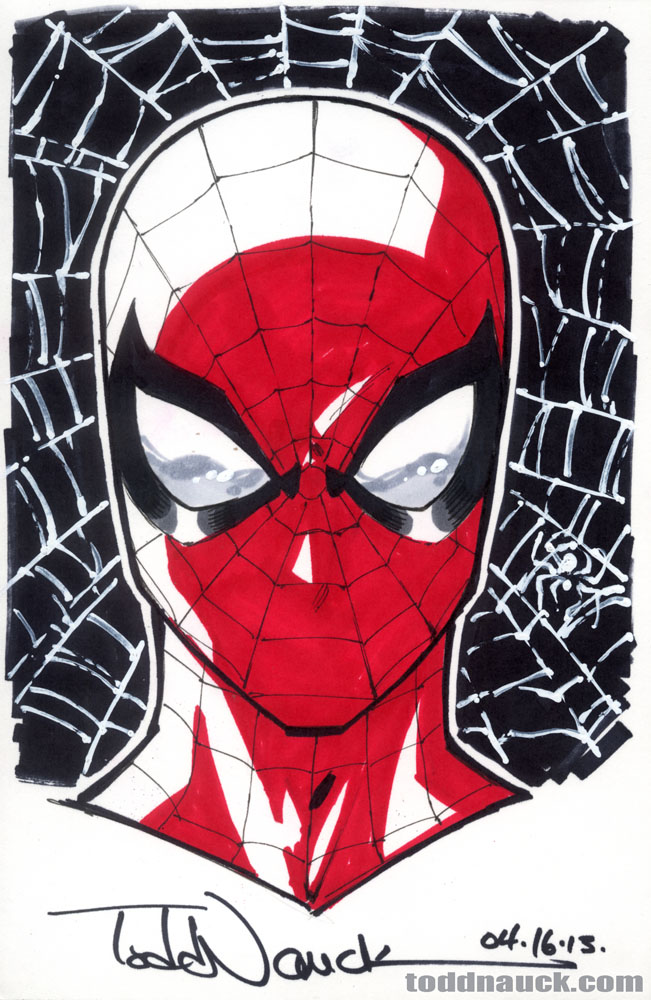 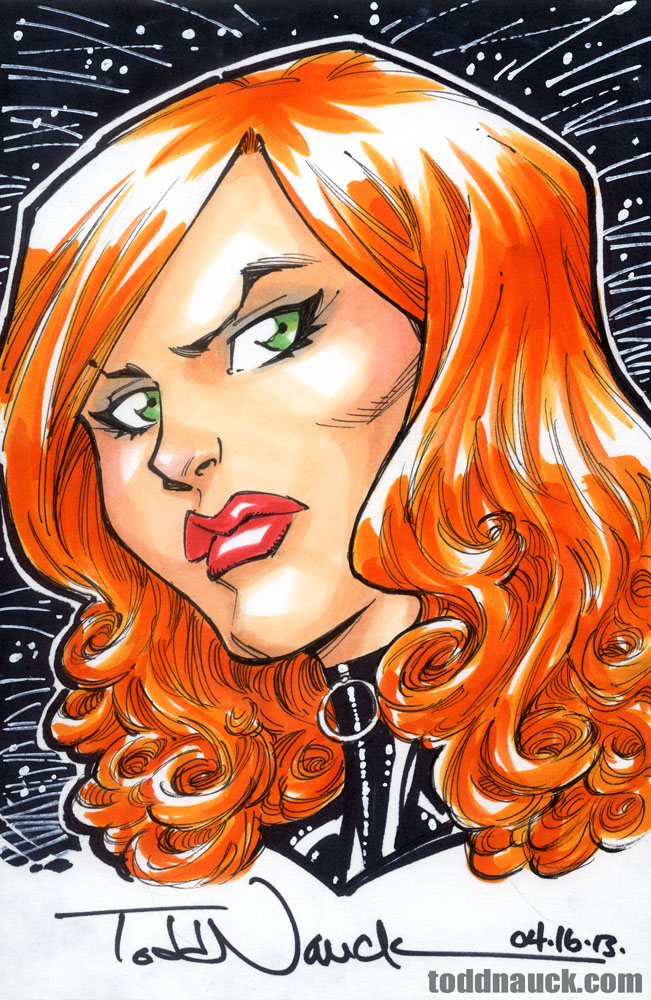 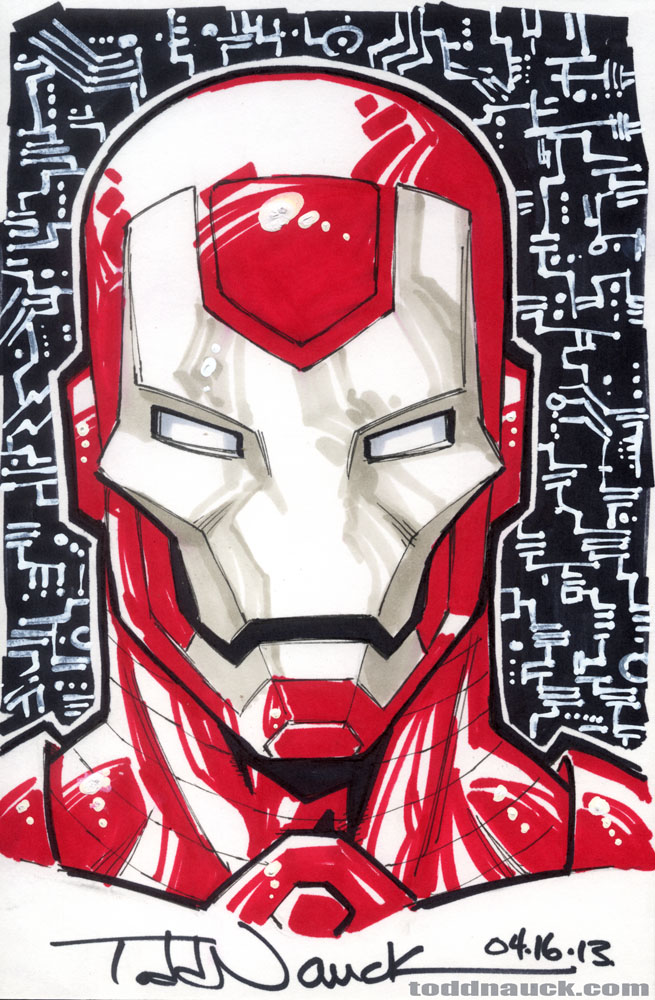